Gliding through the galaxy is what my life has felt like over the past several months. Not having posted anything on this blog since last August, means that there is a lot of activity in my “galaxy” that feels like something of a blur. Actually, I like the word “blur” because it “softens” the edges of this part of this time. Not all of the edges of the past months have been softened. In October a wonderful friend, mentor, and surrogate mother died. I first met Margaret Peery Gose Peterson when I was a supply priest at Holy Trinity Episcopal Church in Fayetteville, NC. I was working full time as an Oncology nurse at Rex Hospital after 7 years of ministry had left me feeling empty. Another story for another blog is the way that Holy Trinity “loved” me back into my call as a priest. After doing part-time work for their rector, the Rev. Ron Abrams, I was hired to be the Associate Priest at Holy Trinity. 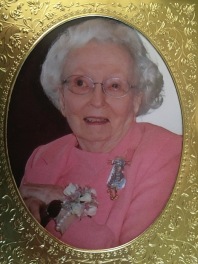 Margaret and I simply fell in love with each other. I experienced her love as grace: undeserved but unconditional. Margaret was born in Lynchburg, VA. Her father was George Benoni Gose. Her mother, who wrote beautiful poetry, was Henrietta Peery Gose. The Gose family home was in Tazewell, VA. Tazewell is a mere 33 miles from my paternal ancestor’s home, Honaker, VA.  Somehow we always believed that we were related!

Loving the mountains of NC and VA was a part of what bound us together. Margaret’s father was a part of the administration at Virginia Polytechnic Institute (Virginia Tech) in Blacksburg, VA. With a strong military cadet program, VT did not admit women until the 1920’s.  In 1942 Margaret graduated from VT with a bachelor’s degree in business. Margaret loved life on the VT campus, often waking to the sound of the bugle summoning the cadets to their morning exercise. Graduating from VT Margaret set off for New York City. It must have been hard for her parents to send their petite and beautiful daughter off to NYC. There were some relatives nearby in New Jersey and Margaret often visited at their home, but soon became busy with her own exciting life. Of the several jobs she held there, her favorite was working with the National Board of the YWCA where she was the Assistant to the Director of Religious Resources. One of Margaret’s favorite stories was of meeting Eleanor Roosevelt when she came to visit the headquarters of the YWCA. During that time in NYC, Margaret met and married Don Peterson. Don died in 1982. His beautiful voice was a rich part of the history at Holy Trinity. He sang often for weddings, funerals and other special occasions. Don and Margaret were a part of the early foundational history of Holy Trinity. It was a community of friends, who were raising children and working. Along with their two daughters, Sharon and Kristin, Don and Margaret fostered 19 babies until their adoption.

Margaret was a writer. She wrote letters and they were her “reflections” on life, love, theology and myriads of other topics that held Margaret’s interest. Margaret’s daughters received a letter from her each Sunday. Sharon who lives near St. Louis, has decades of those letters. Kris lived close to Margaret but remembers her mom’s letters from college. When I left Holy Trinity in 1999 to go to Albuquerque, NM, Margaret began writing me each Sunday, a commitment that continued over the next 12 years. Margaret grounded me in so many ways. Both of my parents died while I was at Holy Trinity. North Carolina had always been home in my heart and now because of deep friendships and Margaret’s love, Fayetteville became another “homeplace” for me in my native state.

Never one to keep her thoughts inside a box bounded by traditional convention, Margaret wasn’t afraid to ask questions. I loved pondering the “why’s” with Margaret. When Holy Trinity began offering a United Methodist program called, Disciple, Margaret signed up. A lifetime of studying scripture in Bible studies was never enough for Margaret’s inquisitive mind. That first class was such a wide range of ages and perspectives: young Army spouses joined young professionals in the Fayetteville community, retired persons from all walks of life, some like Margaret, who were widows and widowers. Meeting weekly, this rich mix of people broadened my view of scripture with a new depth of understanding. Sometimes a question from Margaret was met with feigned groans from others who knew that we were now in “uncharted waters”!  Her questions during that 2 years of Disciple challenged us to look behind and under the obvious and traditional meanings in front of us. I treasure that time with her.

I was grateful at Margaret’s death that her brilliant mind was released from the bonds of dementia that she had suffered over the last 5-6 years of her life. In my mind I see her now, with Don at her side, questioning the angels about theological nuances and reminiscing with the Gose and Peery families about lovely and lively family gatherings. Margaret’s life has been woven into my own journey. With light and texture and depth she has given me the richest gifts.

One thought on “Gliding Through the Galaxy”